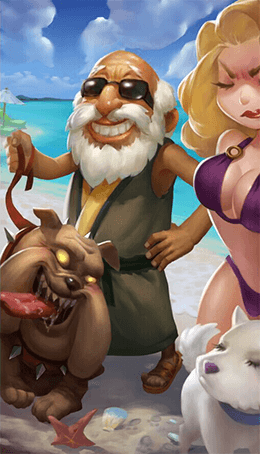 = Targets the opponent with the lowest HP

= Deals physical damage based on PHY ATK; increases 10.5 damage and success of stun per level

= Homer ,rather, throws his walking stick at a random opponent

Homer's myth is so epic, it falls through clouds and hits back row enemies.

=Does magic damage based on MAG ATK; increases by 8.25 damage per level

=Targets the furthest row and damages all targets in that row

The older Homer gets, the nimbler and crankier he becomes. Increases Agility

=Increases Agility by 123; scales by 3 AGI per level

The 1st rotation starts initially then the 2nd rotation is repeated:

Homer is designed to be a sniper. His Faithfall skill allows hims to damage the back row and his Puppy Power skill allows him to further damage the one that is closest to dying. He is useful when the opposing them has lots of glass cannons or when the opposing team has a super tank. He can be put in the same team with AOE nukers to take out the back row without taking out the harder to kill front row. However, if you can't kill them, get ready for their ultimates. 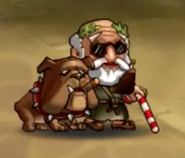 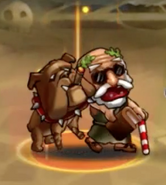 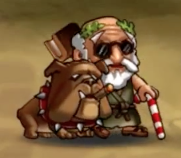 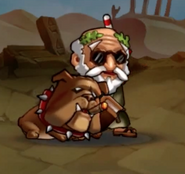 Add a photo to this gallery
Retrieved from "https://gods-rush.fandom.com/wiki/Homer?oldid=15355"
Community content is available under CC-BY-SA unless otherwise noted.